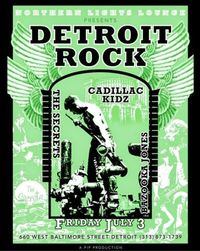 Cadillac Kidz showtime is 9:30pm. $3 before 5pm ($5 after 5pm) admission fee supports the festival and community as follows: 25% to Arts Advocacy, 25% to the City of Royal Oak, and 50% of the remaining admission fees to 13 local charities after gating costs. For a list of non-profit partners that will share our admission fee, click here. To date, over $3 million raised by the Arts, Beats & Eats Foundation has been donated to charity. 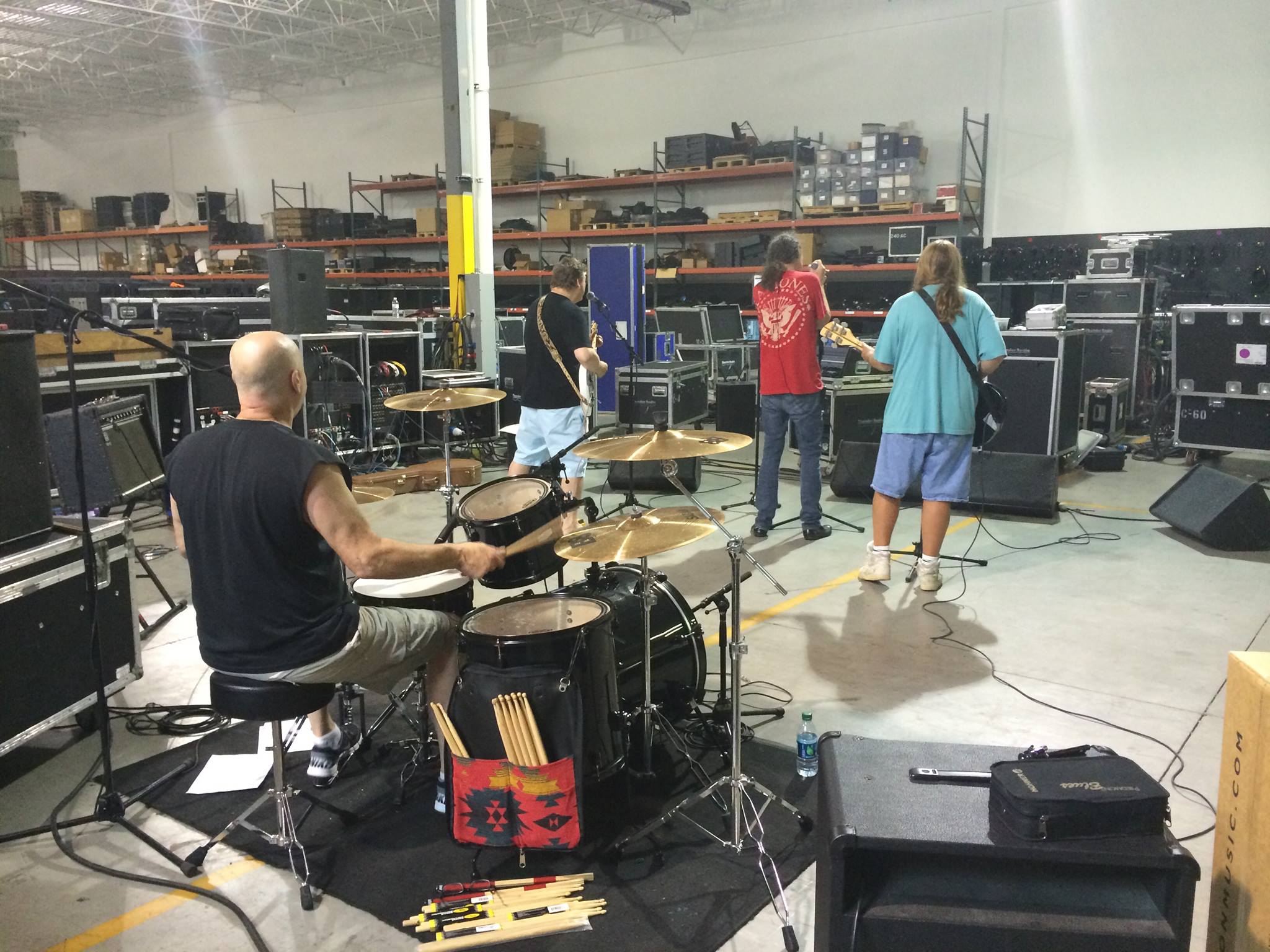 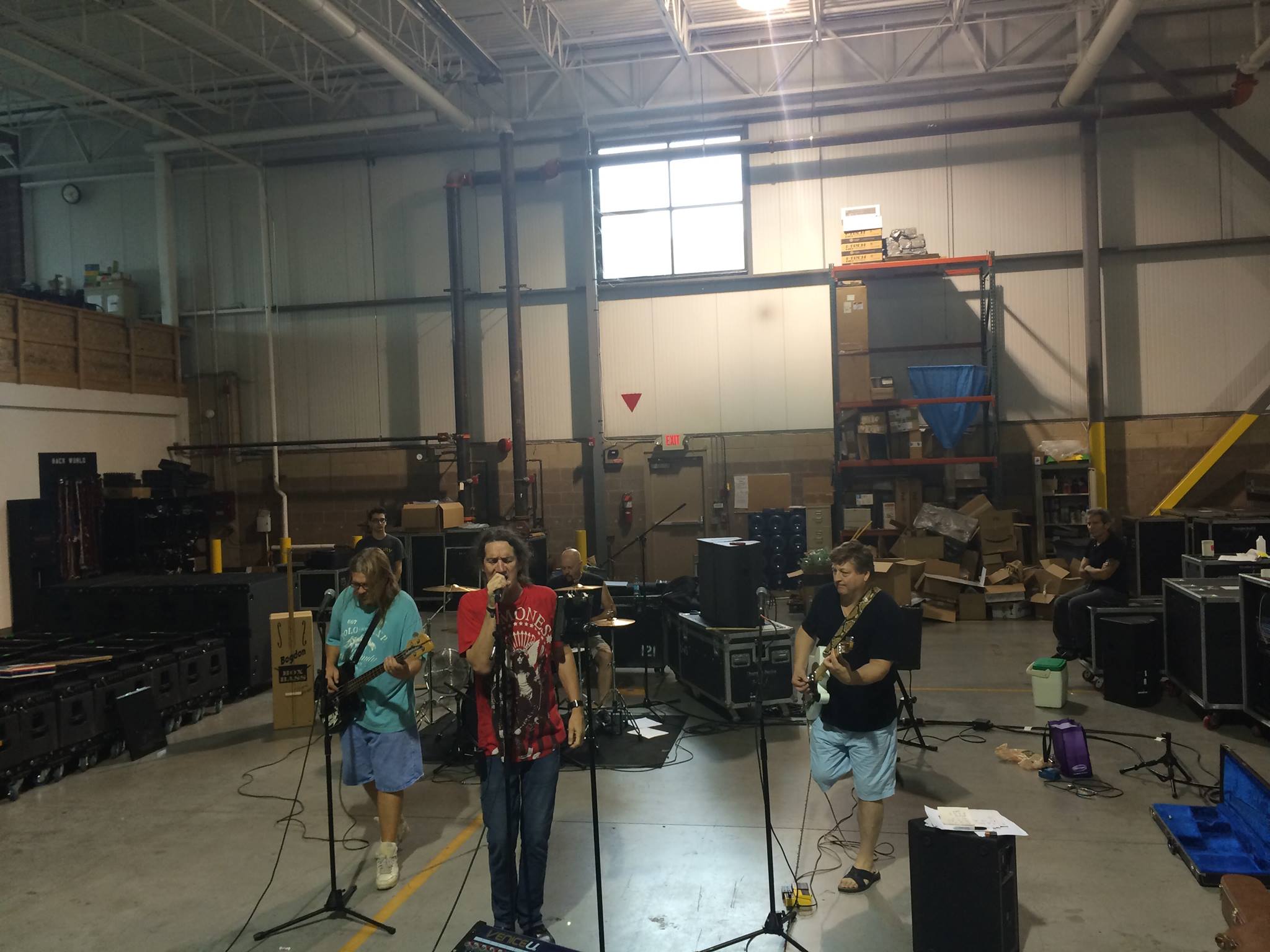 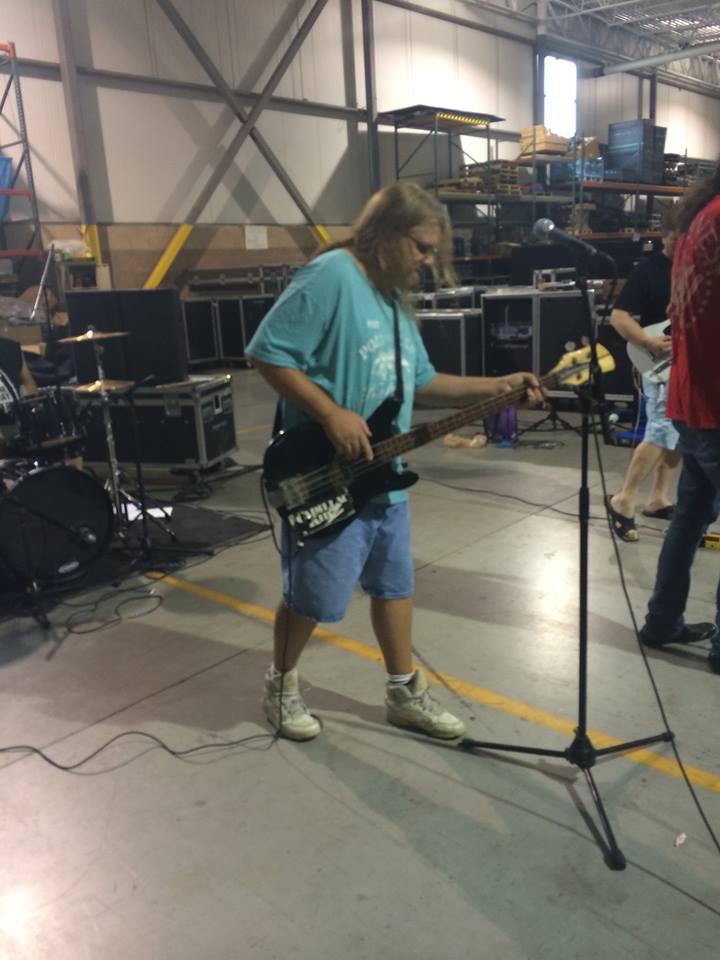 no fighting kicking and screaming rehearsal 08/07/2014

Ron and Dan came to The Bogdon Compound, just outside of Detroit proper, to rehearse as a band (but without Spaz). Ron had to play Bogdon's crazy mixed up Cocktail Drumset which is an incredibly uncomfortable thing to do after an hour or two. My drum set has NO seat!!! So Ron had to kinda lean on the back of a couch or sit on a folding chair with the snare drum and tom toms at eye level. He looked like a little kid at a holiday dinner "adult table." We tried not to laugh because Ron was struggling thru drum rolls, cymbal crashes, ins and outs, and all night he promised to bring one of his drum sets to leave at the compound for future rehearsals (my evil plan worked once again). Dan brought his sweet Tele with the hand made Pyramid Pickups and his guitar was screaming even before he plugged it into the small 10w amplifier that's been left in the basement since the old days. We still get along and i bribed their cooperation with home made Chicken Gyros and Pink Lemonade.

I brought back to life my original Rickenbacker 3001 bass that i played on the sessions with Wayne Kramer at the helm. Dan and I have been getting together working on our old massive song list. The Royal Oak Michigan "Arts, Beats, and Eats Festival" is on August 31st 2014 and we're scheduled to perform at 9:30pm on the Soaring Eagle Casino Stage. We only have 90 Minutes to perform and that's simply not enough time. Before we stopped gigging together, before we sort of broke up, Cadillac Kidz used to perform two sets instead of using an opening act because we enjoyed playing all of our songs together as a band. Today, thirty-something years later, it's still impossible to remove songs from the set list. We will rock until they cut the power. It's the only way we know!!!!! 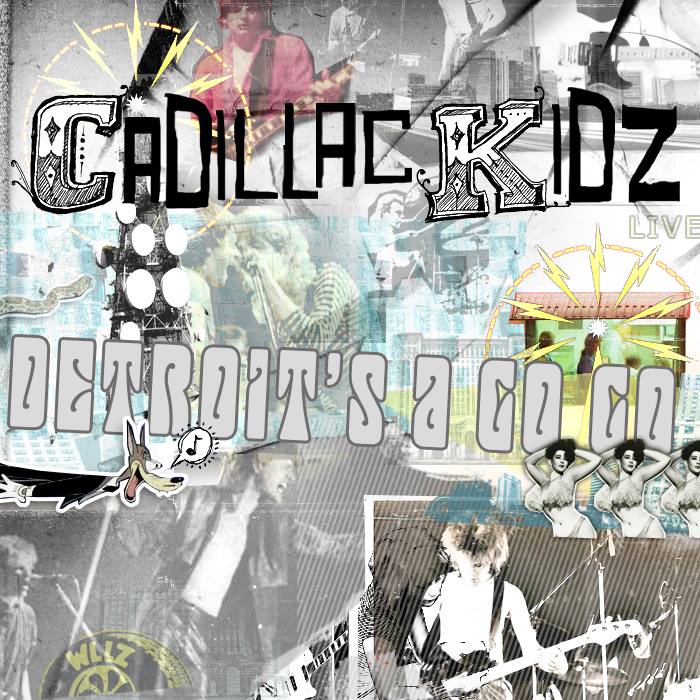 
In 1977, Cadillac Kidz began as a five piece rock band featuring guitarist Cameron Wesley Stirnweis. Cameron and his brother Jeff Stirnweis created a small business called SureShot Productions booking rock bands in and around Detroit. SureShot worked with remarkable legendary musicians like Wayne Kramer, MC5, Johnny Thunders, The Mutants, The Romantics, Flirt, The Ramrods, Don Was, Seatbelts, Patti Smith, Scott Morgan, The Pigs, Figures on A Beach, and many more...  Entertainers like Robert Palmer rented the small Detroit storefront studio located Van Dyke for rehearsals. It was an amazing place and we're just plain damn'd lucky to have been there. Cameron left this planet and although we, as a band, have fought and broke up as a band, we greatly share respect and admiration for Cameron. Our focus to recognize musical opportunities and then act accordingly is his legacy.